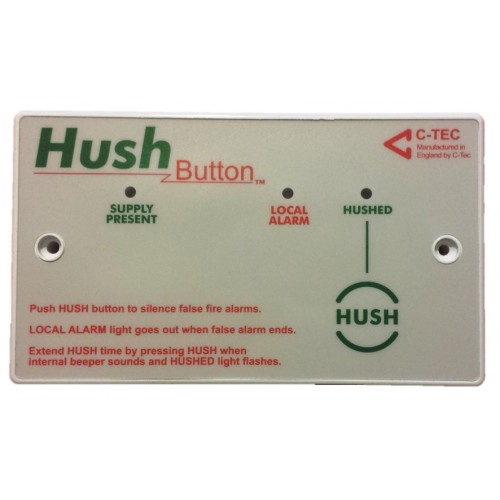 The XFP508H Hush Button has been specifically designed to reduce the incidence of false alarms in houses of multiple occupation by providing reliable, fully monitored fire detection, alarm and silencing facilities inside each individual flat or apartment.

It can be looked upon as a miniature loop-powered single zone fire alarm controller that sits and is addressed on an Hochiki ESP analogue loop with the ability to communicate its status back to the host panel. On a typical system one Hush Button is fitted in each dwelling complete with conventional detectors and conventional sounders to provide occupants with a simple means of invoking two types of ‘hushed’ period.

By providing occupants with this level of control over their fire alarm systems, it helps reduce false alarms and prevent unnecessary building evacuations, system vandalism and the likelihood of a true alarm signal being ignored.