Hit enter to search or ESC to close
Fire Protection 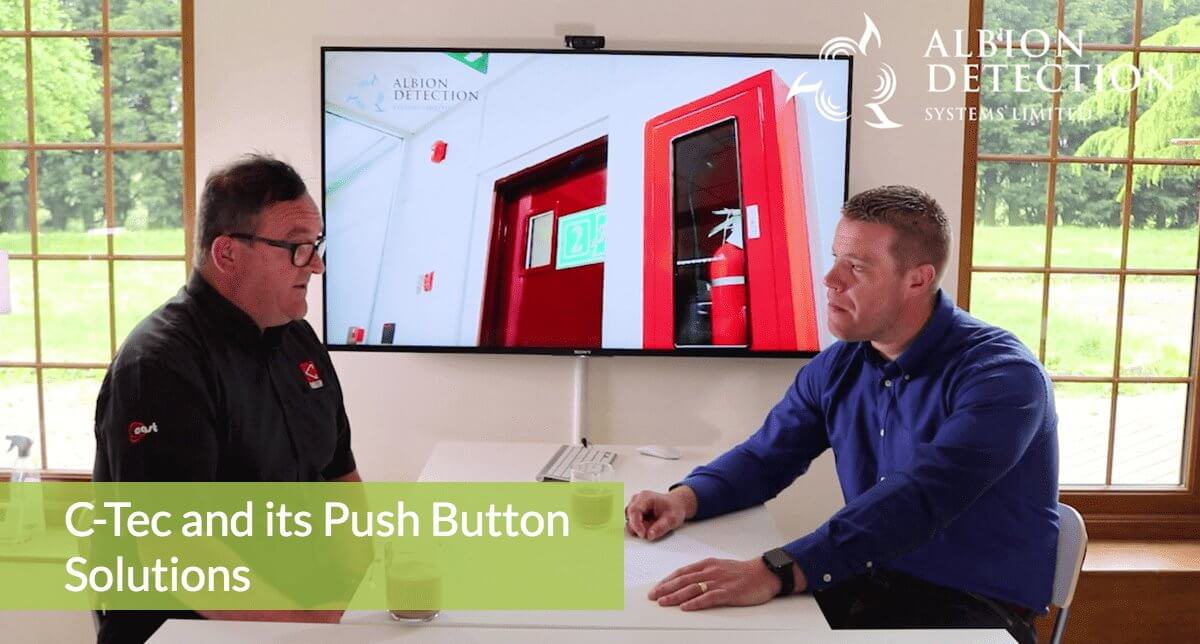 Introduction to C-Tec and its Push Button Solutions

Can you give me a brief overview of C-Tec, and how they have changed over the last few years?

We’re an independently owned company. We manufacture predominantly life safety equipment, whether that be from the fire alarm side of things, disabled refuge, lots of legislation-driven products.

When I started around 30 years ago, the company probably was around 26 to 30 people.

We currently now are in a state-of-the-art manufacturing facility in Wigan, and we employ around 170 people now.

So, a lot of investment in research and development over the years has allowed us to bring out better, bigger, faster, stronger products, I suppose really.

Can you explain the reason why C-Tec decided to go in that direction?

I think predominantly it was because for years we’ve manufactured fire alarm panels as a component supply to work with home protocol systems with leading manufacturers within that industry.

C-Tec wanted to be in control of our own destiny really.

We see systems approvals as being something that’s going to be happening in the future, so why not have a fire alarm panel and detection and interfaces that are certified to work together?

What are Push Buttons?

Lovely. We know that Push Button’s been out for a few years now.

Can you explain to people how it works, and what sort of environments you would personally recommend it to be installed in?

Sure, yeah. I have one here.

The Push Button was conceived around 10 years ago to target fire alarm systems in houses of multiple occupancy, sheltered accommodation, student accommodation, where there’s a greater risk of unwanted alarms basically.

The difference between ours and what the usual type of system that’s used, which are the mains-rated smokes that are battery backed, is that the Push Button actually fits to the wall, sits on an addressable fire alarm system, but you just wire conventional heads off this unit.

So that commercially, it’s not necessarily more expensive, but it certainly helps combat unwanted alarms.

How do Push Buttons work?

Obviously, if it’s in an environment, say a tower block, for example, you’ve got a central staircase and then, obviously, you’ve got different apartments off that, how would that Push Button sit in that?

In a situation like that, where you may have mains-rated smokes, there’s always the chance, the possibility, that someone’s going to set the alarm off for whatever reason.

How the Push Button works is it gives you full control of the fire alarm system right from here, just by pressing a button.

Other systems that have mixed-system solutions, you need to access the fire alarm panel to enable you to disable a zone.

For example, if you know that you’re going to be cooking dinner and you normally set the fire alarm system off, what we can do with the Push Button is, a simple press of the Push Button will disable it for 15 minutes.

However, if you accidentally set the alarm off within your dwelling, it’ll only be going off in your dwelling, a simple press of the Push Button that’ll silence the local alarm inside your flat for up to two minutes to allow you to get rid of the smoke.

After that two minutes, the Push Button will start to beep.

If the local alarm LED is still on, you can press the Push Button again.

It will give you another two minutes.

So you’ve full control of the fire alarm just from your dwelling.

If the actual fire is there and there’s no-one in the dwelling, after two minutes, the Push Button will report back to the panel to perform its evacuation strategy.

I mean, so do you reckon the Push Button can reduce the number of fire alarms and wrongful evacuations?

One of the first installments that we have the Push Button was a student accommodation facility in Preston that was home to around 72 students.

Some of the other accommodation blocks around that area were regularly having false alarms.

However, the installation of the Push Button within there, and then the students being trained on their induction on how to use it, meant that the fire brigade hasn’t been called out yet to there.

So, it does, it gives you the simplicity of how it’s used, it’s functionality means that it greatly reduces the risk of unwanted alarms.

To learn more about Push Buttons, contact the Albion team for a no obligation discussion. 0114 236 9640